By Campus Activities Board 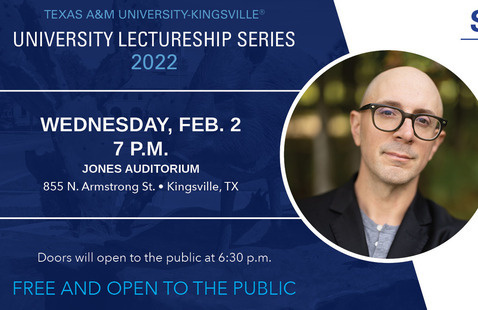 Steve Burns is an American actor and television host best known as the original host of the long-running children's preschool television program Blue's Clues, for which he was nominated for a Daytime Emmy in 2001. After nearly six years and 100 episodes, Burns left Blue's Clues to pursue other interests, but the show and its audience remained dear to him. After Blue's Clues, Burns went on to make music with Flaming Lips producer David Fridmann and drummer Steve Drozd. The trio released an alternative rock album called Songs for Dustmites. In late 2016, Burns released a children's album titled Foreverywhere under the band name STEVENSTEVEN. Burns' acting credits include a 2012 appearance in the YouTube comedy series "The Professionals" and a 2020 appearance on the CBS series, "Young Sheldon," for which Burns' song "Mighty Little Man" is used as the opening theme. He also hosts NPR's "The Moth".